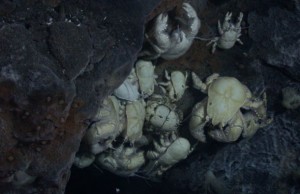 UK scientists have found large numbers of a new crab species on the Southern Ocean floor that they have dubbed "The Hoff" because of its hairy chest. The animal was discovered living around volcanic vents off South Georgia.

Great piles of the crabs were seen to come together. The creature has still to be formally classified, hence the humorous nickname that honours the often bare-chested American actor David Hasselhoff, best known from Baywatch (among other   TV series ... remember Knight Rider?). 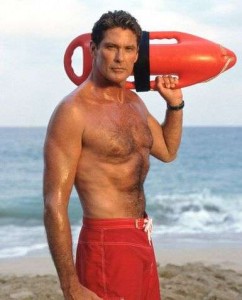 Yeti It is, however, a type of yeti crab, and it will be given a formal scientific name later. Yeti crabs were first identified in the southern Pacific and are recognised for their hairs, or setae, along their claws and limbs that they use to cultivate the bacteria which they then eat. But the new species found around the vents that populate the East Scotia Ridge are slightly different in that they exhibit long setae on their ventral surface - on their undersides.

"Their nickname on the cruise ship that conducted the research was the 'Hasselhoff crab', which gives you some idea of what they look like," explained Dr Rogers from Oxford University's Department of Zoology. "The crab occurs in staggering densities. It is just incredible to see these animals literally lying in heaps around the diffuse flow of these vents. "In places, they reached as many as 600 individuals per m2." 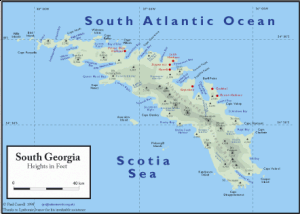 Other new discoveries The Hoff crab is just one of a number of species new to science to come out of the cruise. The team reports novel types of starfish, barnacles, sea anemones, and even an octopus - all living some 2,500m down.

The cruise employed the UK deep-diving robotic submersible, named Isis, to investigate the slowly spreading ridge near Antarctica.  The Isis has the capability to dive to more than 6km below the ocean surface.

Do you want to know more about this expedition and what else they found (or didn't find!)? Read the full article here on the BBC website Watch the underwater video of the hairy crabs